10 Terrible Predictions About the Future
December 16, 2022 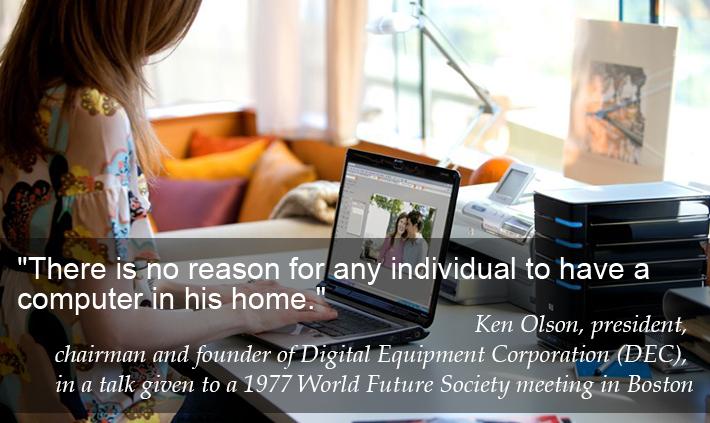 1. “There is no reason for any individual to have a computer in his home.”

Ken Olson, President, Chairman, and founder of Digital Equipment Corporation (DEC), in a talk given to a 1977 World Future Society meeting in Boston.

2. “We don’t like their sound, and guitar music is on the way out.”

Decca Recording Company on declining to sign the Beatles, 1962.

3. “The wireless music box has no imaginable commercial value. Who would pay for a message sent to no one in particular?”

Associates of David Sarnogg responding to the latter’s call for investment in the radio in 1921.

4. “I think there is a world market for maybe five computers.”

6. “Television won’t last because people will soon get tired of staring at a plywood box every night.”

7. “No one will pay good money to get from Berlin to Potsdam in one hour when he can ride his horse there in one day for free.”

8. “This ‘telephone’ hass too many shortcomings to be seriously considered as a means of communication. The devise is inherently of no value to us.”

9. “The idea that cavalry will be replaced by these iron coaches (tanks) is absurd. It is little short of treasonous.”

Comment of Aide-de-camp to Field Marshal Haig, at tank demonstration, 1916.

10. “I must confess that my imagination refuses to see any sort of submarine doing anything but suffocating its crew and floundering at sea.”